The building of the Church

You are here: Home1 / About2 / History3 / The building of the Church

The ancient parish of Cartmel was extensive; it included Grange and places west to the River Leven, the southern part of Lake Windermere, east to the River Winster, and south to the shore of Morecambe Bay – about 40 miles round.

Many people passed through Grange on the over-sands route between Lancaster, Flookburgh and Ulverston, but few people settled until early in the 19th century when there was a steady increase in population and a trickle of holiday visitors. One of these early holiday-makers, Sarah Anne Clarke, from Liverpool, was distressed to find that most of the inhabitants excused themselves from attending any place of worship because the roads leading to the parish church at Cartmel and the chapel at Lindale were in a very bad state

Miss Clarke set to work to collect funds for the building; she was greatly assisted by the Misses Taylor, who had recently settled in the village, and Canon Sergeant, also of Liverpool.

A site had already been given for a church by Mrs Susannah Newby, widow.  She sold part of the garden (80 ft x 50 ft) of her farmhouse in Grange (the site of Hampsfell Grange) for £5 to Mr Gray Rigge* of Wood Broughton and James Machell Harrison (attorney-at-law), on 18th May 1852, just five months before her death at Cark Villa on the 9th October 1852, aged 87, on the understanding that a church was to be erected there once the necessary funds were obtained.  An appeal for funds was issued far and wide, and it brought subscriptions from places as far away as Jamaica and Valparaiso! Below is a copy of the original appeal.

New Church at Grange, near Windermere

The hamlets of Grange and Cart Lane, in the parish of Cartmel, North Lancashire, contain a considerable population, being without exception members of the Church of England. The nearest churches at Cartmel and Lindale are distant respectively two miles and upwards. The inhabitants of the district have never known the privilege arising from the residence of a clergyman among them. Great numbers never attend any place of worship. The visitors of this beautiful neighbourhood (a yearly increasing body) have also suffered great inconveniences from the want of a church. It is proposed immediately (the sanction of the Clergyman of the district having been obtained) to erect and endow a church at Grange, containing not less than 200 sittings, at an estimate cost of £2,100. 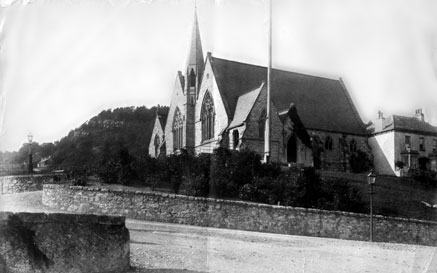 (*Gray Rigge was JP for North Lancashire and Westmorland and a prominent member of the local society so he was entrusted to see that her wishes were carried out (her eldest daughter, also named Susannah, was described as a ‘lunatic’ – she died on 19th May 1870 at Cark Villa).)

Plans were drawn up by architect Mr T D Barry of Liverpool for the building to consist of a nave and a short sanctuary, a porch and baptistry, with seating for 200 people, and on the 11th October 18152 the foundation stone was laid by the Earl of Burlington – better known later as the Duke of Devonshire – just two days after Susannah Newby died.

On 28th September 1853 the land and church were conveyed to Her Majesty’s Commissioners for Building New Churches by Gray Rigge, and on 13th October 1853 the church was consecrated by Dr John Graham, the Bishop of Chester (Grange only became part of the Diocese of Carlisle in 1856).  Gray Rigge died on 24th July 1857 in his 76th year.

Some unknown bard was moved to celebrate the occasion in verse, and the following appeared in a Manchester paper:

The village Grange, which joins the sands,
Was far from church and market driven;
Now close at hand a new church stands
With guide to lead the road to heaven.
The maid who raised that sacred flame,
Posterity will praise her name;
And Sergeant, who with willing mind,
And pleasure, his assistance joined.
Let marvellous maid in slumber lie
While St Paul’s spire points to the sky,
And guardian Cherubs shout on high

‘The maiden Clarke shall never die’. 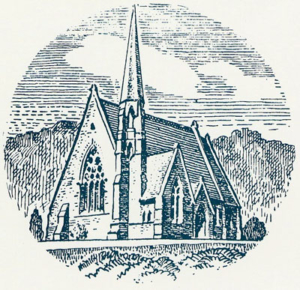 The first incumbent was the Rev Wilson Rigg. He was 71 years of age when he took office, and nearly drowned crossing the sands on his way to Grange!